Wikileaks and the inevitable shadow internet

Well, the whole Wikileaks fiasco has made for some interesting reading over the past week, hasn't it? So far, it's been a nice mix of sex and bombs - what with Julian Assange's arrest for possible sex charges in Sweden, and the cables' juicy military details. 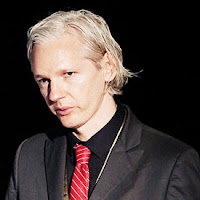 There's been lots written about what the leaked cables and Wikileaks in general might mean to the future of the press and freedom of speech. Perhaps the most interesting thing I've come across is from New Scientist magazine, which is among the publications I'm going to be writing for.

According to a blog post the other day, some online activists are rallying to try and create something called the shadow internet, or one that is free from interference from governments and corporations. Perhaps the most interesting part is that the charge is being led by Peter Sunde, one of the founders of Pirate Bay. If you don't know, Pirate Bay is the king of file-sharing websites where you can get links to free downloads of all sorts of movies, music and TV shows.

The idea is to create a system that uses peer-to-peer file-sharing technology to host websites that can't be pulled down by internet service providers, who are either nervous about hosting them or have been bullied to take them down, as is happening with Wikileaks.

It's not surprising that a Pirate Bay founder is coming to the aid of Wikileaks; they share a similar "down with The Man" philosophy.

What I found most intriguing about the idea is that it jibes with something I've been thinking about for some time now. A few years ago, like many others, I couldn't help but notice how corporatized both the web and the internet had become. Individual websites have, over the course of time, naturally been snowed under by big companies, while on the access side customers generally have their cajones in a vice since there's very little competition between ISPs.

I wondered if this might lead to a backlash, a sort of Internet 2 - a new network that was built solely for the use of people, that was truly neutral and that would allow unfettered innovation and communication. Building such a network would ironically require big bucks, which meant one of two things: either people would have to demand that their government get involved, or some benevolent company would have to do it.

A few years ago, it looked like Google might be that benefactor. The company and some of its top people were waging a pretty against telecommunications companies, wired internet connectivity and wireless cellphones, and it was also making money hand over fist. It was a poorly kept secret that Google was buying up tons of unused fibre, and were crawling that the company was preparing for the day when it might have to launch its own network.

The company has engaged in some network building , but it has largely ratcheted down its anti-telco rhetoric as it has gotten cozier with wireless carriers over its Android smartphone software. These days, it doesn't look like Google could be that benevolent saviour that some people were hoping for. Perhaps it was naive for anyone to have expected it in the first place.

That doesn't change the fact that there is clearly tremendous demand for a truly open, democratic and, yes, even a potentially damaging internet. Net neutrality advocates have fought very vocally to keep the existing internet free and open, but even if they fail, this demand is a very real force of nature that cannot be denied.


Call me an optimist, but something like the shadow internet - or something that goes much further than what is suggested by Peter Sunde - seems to be an inevitability.
Posted by Peter Nowak at 6:00 AM
Labels: Google, internet, telecommunications