I've been watching the recent weather woes, first in London and now in the eastern United States, with great interest, given that a week from now I'll (hopefully) be on a plane to Las Vegas for the annual Consumer Electronics Show. I'm pretty nervous about my flight given that I have a stop-over in Chicago, which isn't exactly renowned for its good weather. 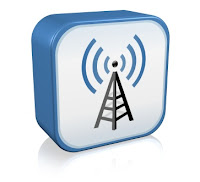 I will, however, stop right there because I learned my lesson about trying to forecast my flying experiences. Let's just say I'm working on plans B and C to get to Las Vegas in time for the show, just in case.

I'm actually very much looking forward to CES this year, largely because I won't be on a deadline to cover the big headline stuff. This year, I'm going to be combing the floor for the stuff that isn't likely to get as much attention, and perhaps looking for tech that's going to be big in the near future, not necessarily right now. Aside from that, I'll also be looking at the main stories from a bit of a different perspective. CES thus looks to be a very different - and potentially fun - experience for me this year.

To that end, I've seen invitations from at least two AEE exhibitors - Pink Visual and sex toy maker Fleshlight - offering up their facilities to journalists looking for a hook-up. (An internet hook-up, that is.) If the CES press room is full, these companies are telling reporters to come on over and use the connections at their booths.